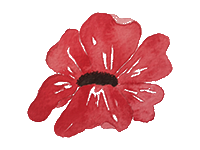 Caoimhe O’Dwyer is an award winning designer and an honours graduate of Ireland’s National College of Art and Design (NCAD). She has studied in the Acadamia Koefia Di Alta Moda in Rome and has worked with acclaimed international designers in New York and Paris and Rome.
Caoimhe won the international Mittelmoda fashion award in 2004 and was hired as consultant to La Perla in Bologna, Italy.

Artist of the Day

Artist of the Day

Get updates about our next exhibitions